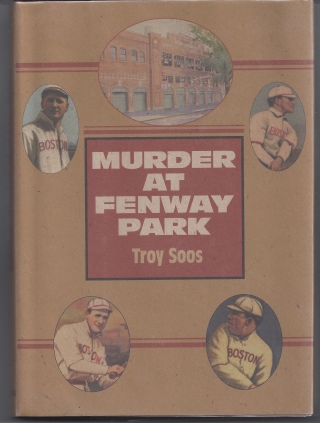 As I sit here in the dog days of summer, and watch my team, the Red Sox, continue to play less than inspired baseball, I am reminded of books that combine sports and mystery.   There have been many mystery and thriller authors who have featured an athlete or sport in one of their novels.  A very interesting genre indeed to read and collect.  But to narrow the focus even more , I want to focus on an author who has written a whole series of mysteries in the world of sports.

If you happen to be a fan of horse racing, you may be familiar with the author Dick Francis, the champion British steeplechase jockey who has written dozens of bestselling thrillers that take place in and around the world of horse racing.  He may have been the first author who took what he knew best , and turned it into a wonderfully rich and exciting series of thrillers.   Published in 1962, Dead Cert, was Francis’ first novel and he would churn out a bestseller every year for the next 40 years.

But since, I am lamenting the poor play of the Bosox,  my book of the week is none other than Troy Soos’ “Murder at Fenway Park”.

Now, as a side note, this is not the first book that featured Fenway Park so prominently.   All my friends from the Boston area surely remember the movie “The Town” released in 2010 co-written and starring Ben Affleck, about a gang setting out to rob the famed ballpark.   “The Town”, by the way, was based on the book, “Prince of Thieves” written by Boston native, Chuck Hogan, who is probably best known for co-writing, with Guillermo del Toro, “The Strain” trilogy of vampire novels that was made into a TV series.  (As you can see by the digressions, books have infinite possibilities for the reader and collector.

But, back to Troy Soos, a physics teacher who has degrees in physics from both Rutgers, (this writers Alma Mater), and MIT.  But clearly Soos has a passion for baseball, actually graduating from a professional umpire school.    “Murder at Fenway Park” released in 1995, is the first of a series of seven mysteries featuring Mickey Rawlings, a baseball player who has a knack for finding dead bodies at baseball stadiums.    What makes this series so interesting though is that they take place in the teens and twenties of the 20th century.   They feature historical ballparks with historical ball players and vividly present a slice of sports history when baseball was a much different game than it is today.

“Murder at Fenway Park” is the first in the series and introduces us to Rawlings, fresh up from the “bush leagues” and ready to make an impact in the majors.  But when he is blamed for the murder of a teammate, he turns detective to solve to the crime and clear his name.

The other titles in Mickey Rawlins series are:

Soos has also written other historical mysteries, another favorite genre, as well as some short stories and non-fiction about baseball.

Click here to see the Troy Soos I currently have in stock.  A few are signed by the author.  A lot of fun reading for sure and a great way to start a collection in the genre.