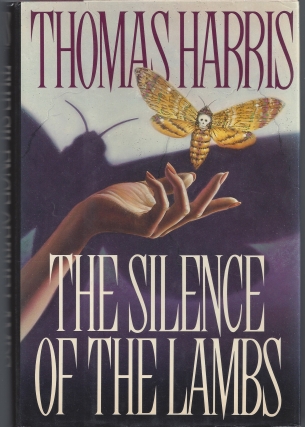 Good morning booklovers!   For a lot of us who love books, we are almost as passionate about movies.  Understanding that a movie, in my opinion, can never quite move us the way a well written book can, it can certainly entertain us by telling a great story.  Which is really one of the things we love about books; a story well-told.

So for this week I want to talk about a great genre for book collecting and a natural match for lovers of books AND movies.  It’s called quite simply, “Books Into Film” whereby the source material of the film comes directly from a published work.  To give a quintessential example, Margaret Mitchell’s “Gone With the Wind” published in 1936, was an original work that led directly to the 1939 film starring Clark Gable and Vivien Leigh; actually the first color movie to win the Best Picture award for all you movie geeks.  By the way, if you liked the movie, read the book.  It was a bit darker in tone than the film but there was a reason it sold 30 million copies.

Now this is not to be confused with Movie/TV Tie-Ins, or MTI, where-in  a new book is written about a movie or TV Show or its characters but the source material was not an original book.  For instance, I have an interesting illustrated novel, “Conspiracy for the Planet of the Apes” written by Andrew Gaska in 2011.  A very nice collectable sigend by the illustrator Jim Steranko, the legendary artist known for his woprk on Marvel Comics.  Click here if interested.  Goodness knows there have been plenty of movies, tv shows and cartoons made.  But those and this book in particular are only based or “tied-in” to the original “Planet of the Apes” book written by Pierre Boulle in 1963.  They are new stories, not adaptations of the original.  That book was a true “Book Into Film” as it led directly to the 1968 movie of the same name starring Charlton Heston.  Oh, if you don’t need to pay your mortgage this month, I have one of the best copies on the market; just click here.

Just a quick digression and one of the reasons I find books so interesting.  Now, Pierre Boulle wrote the “Planet of the Apes”; he’s French so the very first Edition was in French with the title “La Planète des Singes”.   (British publishers couldn’t help themselves and it was released in the UK as “Monkey Planet”). But what is really interesting is that Boulle, in  War World II, served as a secret agent supporting the resistance movements in China, Burma and French Indochina, now Vietnam.  He was captured by Vichy loyalists at the Mekong River and subjected to tremendous hardships and forced labor.  It was these experiences that he drew from to write another classic Book Into Film, one that went on to win 7 Academy Awards; 1957’s “The Bridge on the River Kwai”.  How’s that for genre bending?!

But for this week’s Book Of The Week, let’s talk about something a little more current and a lot more affordable.

Thomas Harris, actually wrote his first Book Into Film, and first novel for that matter, with 1975’s “Black Sunday”.  A thrilling story about a terrorist plot to explode the Good Year blimp over the Superbowl and made into a movie of the same name starring Robert Shaw and Bruce Dern.   Of course, Harris is known universally for being demented enough to create the character Dr. Hannibal Lecter who scared the heck out of a whole generation of moviegoers.  But “The Silence of the Lambs”, this week’s “Book of the Week”, was not the first appearance of Hannibal the Cannibal, nor was it even his first appearance on the big screen.

Harris wrote “Red Dragon” in 1981 which introduced Hannibal Lecter to the world, albeit in a small role only.   Now, this was made into the 2002 movie starring Anthony Hopkins who reprised his roll as Lecter, (he also starred in the less than great Hannibal in 2001, based on the Harris’ book written in 1999).  But, and it is a big but, Hannibal Lecter’s first screen appearance actually came in 1986, in a movie called “Manhunter” starring CSI’s William Petersen and Brian Cox who played Lecter.   This was indeed “Red Dragon” made into a film for the first time.  “Red Dragon”, the book, was not a tremendous commercial success at the time though of course it had been reprinted and read extensively after the popularity of “The Silence of the Lambs” was firmly established.

But it wasn’t until “Lambs” was published in 1988 and then made into the Oscar winning movie in 1991, that Harris’ fame was secured.  Directed by Jonathan Demme, the film, also starring Jodie Foster and Scott Glenn in addition to Hopkins, was the first, (and only), Horror Movie to win for Best Picture.  There were actually five others nominated; can you name them?  One other mildly interesting nugget is that it was also the first Best Picture nominee to be released on Home Video before the Academy Award Ceremony.  I know, you’re riveted by that tidbit.

Anyway, do read the book.  It was a great read and for sure will be one of those few that can be argued that the movie was as good as the book.  Yes, scarce, but it does happen on occasion.

Our copy for sale is a sharp one indeed and though signed copies are priced in the hundreds, and most true First Editions are priced more than 2 or three times as much as this one, I believe it is priced right.  Though very collectable, the print run was large, anticipating correctly the public’s positive reaction.  Here is an opportunity to own a First Edition of a classic of the genre and a great Book Into Film”.  Click here for the full description.

Books Into Film is one of those genres where the collecting is endless.  There are simply thousands of books that were made into movies and I am sure to re-visit the them in many future installments of Book of the Week.